As The Bahamas Is Rocked By 55 New Cases, Pm Says: ‘We Were Afraid To Stop Travel’ 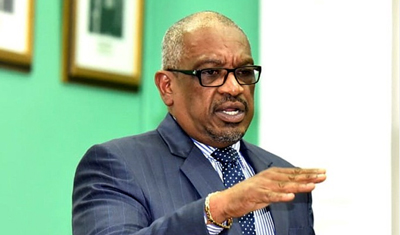 Prime Minister Dr Hubert Minnis speaks in the House of Assembly. (BIS Photos/Kemuel Stubbs)
By RASHAD ROLLE
Tribune Senior Reporter
rrolle@tribunemedia.net
PRIME Minister Dr Hubert Minnis said Bahamians who travelled to the United States when the borders reopened this month “lacked discipline” and caused a surge in COVID-19 cases.
He said before the borders were reopened, his administration considered prohibiting residents from leaving the country but feared the political fallout of doing this while allowing tourists to move freely in and out of the country. Had residents been prohibited from travelling, he said the decision would have been discriminatory and unconstitutional but would have prevented spread of COVID-19 while boosting the economy.
Dr Minnis said 40 percent of the recent COVID-19 cases are because Bahamians travelled to virus hotspots, a number he expects to increase as more analysis is done.
#His comments came before parliamentarians passed a resolution extending the state of emergency to September 30.
“... Governments will be placed in situations where at some point in time they will have to make what they call discriminatory or unconstitutional decisions against their people in the interest of the advancement of their nation. We could not (do that) and the statistics are verifying that if we did, Riu and other hotels would’ve been opened and doing well,” he said.  Read more >>
Posted by Anthony Derek Catalano at 9:06 AM