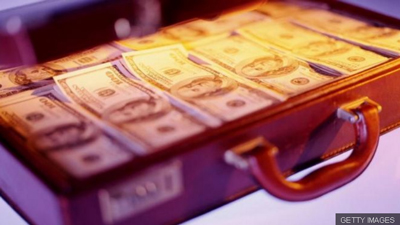 Authorities can take away people's assets using unexplained wealth orders.
Zimbabwean authorities say people who cannot explain where their wealth came from are in danger of having their assets seized even if courts clear them of a corruption allegation.
The new operation was "an intensive lifestyle audit" of the rich, said the chairman of Zimbabwe's anti-corruption commission Justice Loyce Matanda-Moyo.
The country is facing its worst economic crisis in more than a decade.
There is mounting public anger over poor services and corruption.
"This is an intensive lifestyle audit on some of the rich people. They have to produce their invoices on what goods or services they rendered and this has to match the value of the acquired properties. We will also be checking if these people or their businesses were paying taxes." Justice Matanda-Moyo told Zimbabwe's Sunday News.
The operation is using powers the commission gained in July 2019 to demand an explanation for how people earned their wealth - known as an unexplained wealth order.  Read more >>
Posted by Anthony Derek Catalano at 9:29 AM