‘You Were Told - Exams Go Ahead’: Lloyd Insists Lockdown Was ‘Not A Holiday’ And State Tests Will Proceed 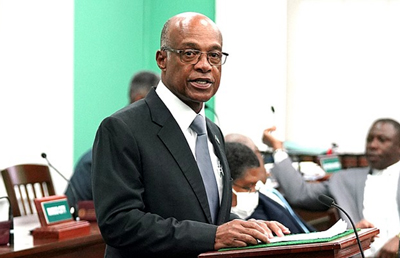 Minister of Education Jeff Lloyd in the House of Assembly. Photo: Terrel W Carey Sr/Tribune staff
By TANYA SMITH-CARTWRIGHT
ts-cartwright@tribunemedia.net
DESPITE pushback from some quarters, the Ministry of Education remained firm yesterday on the July date for national exams, saying it was always known the tests were being postponed, not cancelled.
Education Minister Jeff Lloyd said the decision to hold the exams next month was made after Prime Minister Dr Hubert Minnis announced the country had moved into stage three of its reopening plan.
“You can take the exams if you want to,” Mr Lloyd said at a virtual press conference yesterday. “No one is forcing you to take any exams. That is your choice. We are not forcing exams on anyone.”
He stressed that education officials had long planned to still hold the exams this year, saying they had been postponed amid the COVID-19 pandemic, not cancelled.  Read more >>
Posted by Anthony Derek Catalano at 7:08 AM