What makes Germans so orderly? 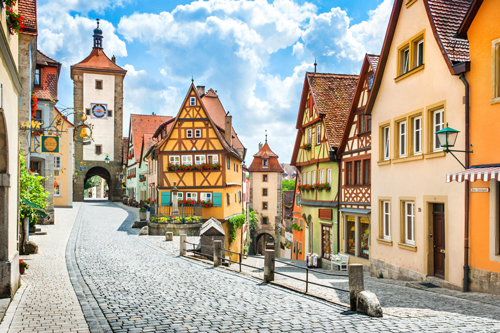 For centuries, Germany has been synonymous with order. So how can a rule-abiding nation also have an anything-goes spirit?
By Joe Baur
On the high-speed train gliding smoothly from Berlin to Düsseldorf, a young man started chatting to me. He eventually asked, “What are some of the cultural differences you’ve noticed between Germans and Americans?”
As if on cue, a middle-aged woman hovered over us and gave a harsh, “Shh!” with her finger pressed against her lips. She pointed to a sign of a mobile phone with a cross through it, indicating that we were in the Ruhebereich, the quiet carriage of the train.
“You must be quiet,” she said, before returning to her seat.
“That,” I said to the man sitting next to me. “That’s different.”
In the nearly four years I’ve lived in Germany, that woman’s reprimand was just one of many examples I’ve experienced of Germans strictly adhering to the rules in the name of preserving Ordnung (order). Because in Germany, as the famous expression goes, “Ordnung muss sein” (“there must be order”). In fact, this proverbial saying is so well-ingrained in the German psyche that it’s become a cultural cliché for Germans around the world, and a way of life for them at home.  Read more >>
Posted by Anthony Derek Catalano at 9:49 AM