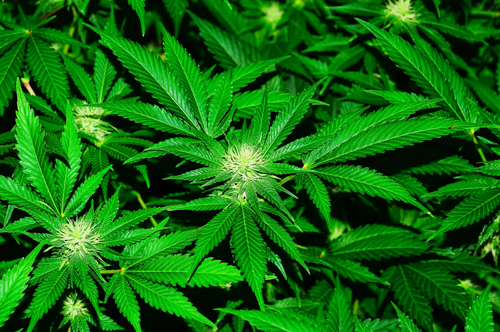 Major European dark web markets saw a 30 percent increase in marijuana sales between January and March.Photograph: Jan Fries/Getty Images
By Andy Greenburg
From toilet paper to tomato sauce, Covid-19 has turned normal consumers into high-volume doomsday binge shoppers. So perhaps it's no surprise that as they filled their pantries and supply closets in the early days of the pandemic, online buyers also stocked up on dark web weed.
In an analysis published in the current issue of the Journal of Addiction Medicine, the European Monitoring Center for Drugs and Drug Addiction found that retail marijuana sales on some darknet markets spiked significantly in the first months of the pandemic. The study, whose findings from three dark web drug markets popular among Europeans were first published online last month, shows that buyers sharply ramped up their marijuana orders in the first three months of the year. In March, the mostly Europe-based buyers made 14,289 pot purchases on the markets Cannazon, Versus, and Agartha, compared with just 11,036 in January, a 30 percent increase in sales.
The EMCDDA's principal scientific analyst Teodora Groshkova suggests that, while it's difficult to know the exact reason for that sales bump, the social-distancing lockdowns that spread across Europe and later the United States to fight the novel coronavirus in February and March might explain the sudden growth in digital demand for contraband cannabis. "It's possible that buyers were trying to stock up for the weeks to come, or there’s just a larger group of cannabis users discovering online as a convenient distribution channel when social contact is limited and they have limited means to reach out to their usual dealer," Groshkova says.  Read more >>
Posted by Anthony Derek Catalano at 4:38 AM