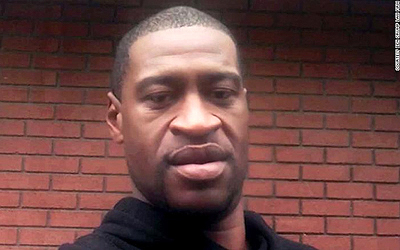 George Floyd
By Casey Tolan, CNN
(CNN) - In the years leading up to George Floyd's death with his neck beneath the knee of a Minneapolis policeman, at least 58 people lost consciousness after the city's officers put them in neck restraints, according to a CNN analysis of use of force data from the police department.
Officers used neck restraints on 428 people since 2012, and 14% lost consciousness, the data showed. That means the procedure, which is restricted or banned in many large police departments around the country, was used an average of about once a week in the city over that time period.
About two-thirds of the people placed in neck restraints by Minneapolis officers were black -- in a city where black residents make up 19% of the population, according to Census data.  Read more >>
Posted by Anthony Derek Catalano at 7:02 AM