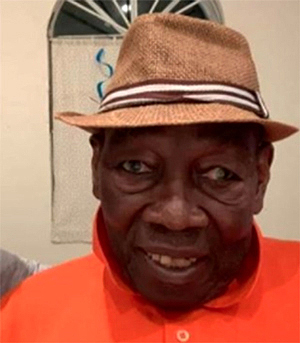 NASSAU| Bahamas Press is reporting the passing of the legendary Leonard “Boston Blackie” Miller he was 83-years-old.
He passed away quietly at PMH early Sunday morning on Father’s Day.
Miller was gifted with the talent to achieve excellence in any sport but his first and second choices were cycling and boxing.
His legendary exploits in boxing overshadowed his achievements in cycling  His fights at the Zanzibar and the Nassau Stadium attracted capacity crowds as he fought his way to the Heavyweight Championship of The Bahamas, a status he intermittently enjoyed over a ten year period during the 1960s.
He also undertook battles against top American fighters and the bolo punch he made famous caught many of his rivals in the ring by surprise. Miller’s cycling career exploded with great fanfare in 1956 when he raced to a dead heat with defending champion, Leviticus “Romeo” Farrington.
He continued his trek to stardom by racing to top place finishes over the next decade. He continued his domination in the 1960s and 1970s, representing The Bahamas at the West Indies Goodwill Championships in 1965 when he nearly equaled the performance of fellow competitor Roger Gibbon, a British Commonwealth Champion.
He also competed at the World Cycling Championships in 1970 in London, England. In 1974 he returned to the World Championships in Kingston, Jamaica. There he was aided by teammates Nathaniel Munroe and Derek Bethel.
Miller’s more sustained contribution to national sports development is represented in the world champion athletes and teams he had a hand in producing while coaching at the Government High and C. C. Sweeting schools.
There he has played a central role in the domination those schools have displayed in interschool sports. He was also an instrumental figure on many Olympic teams, as a coach and medical trainer.
Speaking with BP, his granddaughter Mary Hanna said, “He was a great husband, father, and grandfather; an innovator in international sports.
“On this Father’s Day, the loss of this great man [my grandfather] will be felt deeply by my family, and many Bahamians.”
Our praise of Blackie is neverending as he finishes his life; his work and contributions to uplifting our nation’s youth was a vocational sacrifice to the nation.
Today, we send our condolences to his children, Maria Miller, Theresa Williams, Flossie Cooper, Charles Miller, Latoya Stuart.
Last year November Blackie’s loving wife Minerva Miller passed away. He was also predeceased by two of his children Mavis Bodie and Benjamin Miller. (source)
Posted by Anthony Derek Catalano at 8:48 AM