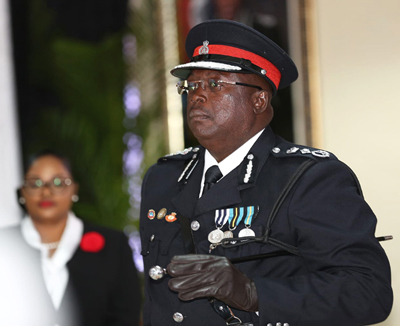 Commissioner of Police Paul Rolle
By Rayne Morgan
Speaking at a Royal Bahamas Police Force (RBPF) A&B Squad Graduation ceremony on Grand Bahama yesterday, Commissioner of Police Paul Rolle cautioned the graduates about becoming officers in a global climate of increased scrutiny of police forces.
“Recruits, you are graduating during a time when the role of police is receiving scrutiny around the world and the question is being asked as to the role and the relevance of the police,” he said.
“Where public awareness is at its highest due to the round-the-clock press coverage and social media… I am of the view that the time has come for policing as a profession to be redefined.”
Anti-police brutality protests have been staged in major cities around the world for the past few weeks following the death of George Floyd, an African American man who died while in police custody on May 25.  Read more >>
Posted by Anthony Derek Catalano at 6:04 AM