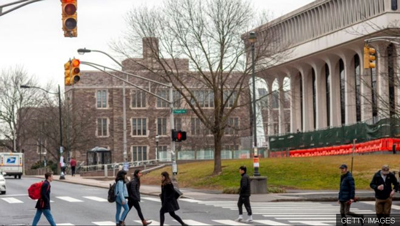 Princeton University, in New Jersey, has been closely associated with Woodrow Wilson.
Princeton University says it is to remove the name of former US President Woodrow Wilson from a building on its campus because of his racist beliefs and policies.
The move follows a wave of protests across the US sparked by the death of African American man George Floyd.
Wilson was US president from 1913 to 1921 and helped to establish the League of Nations, a forerunner of the UN.
However, he supported segregation and imposed it on several federal agencies.
He also barred black students from Princeton while serving as university president and spoke approvingly of the Ku Klux Klan.  Read more >>
Posted by Anthony Derek Catalano at 4:04 PM