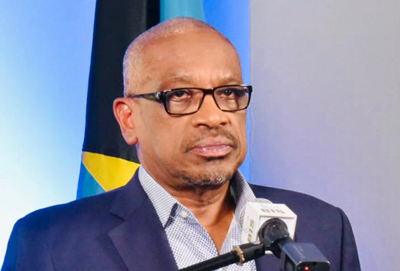 Prime Minister Minnis – COVID-19 Update June 4th, 2020.
By The Eleutheran
Prime Minister the Most Hon. Dr. Hubert Minnis in a press conference held on Thursday evening, June 4th at 5pm, announced that the Bahamas was now beginning Phase 4 of the country’s reopening plan.  As of Monday, June 8th, the ban on public access to beaches and parks in Eleuthera, and several other Family Islands would be lifted, also weekend lock downs would come to an end as of June 13th, 2020.  The full address read as follows:
“Early on in the Government’s response to the COVID-19 outbreak I noted that the country had to respond on several fronts at the same time.  We had to respond to the immediate and ongoing health challenges posed by the virus.  We also had to respond to the variety of economic challenges at home because of the massive and sudden global downturn, especially, in our case, tourism, our leading sector.
Many weeks ago, I appointed an Economic Recovery Committee that is hard at work and will make medium- and long-term recommendations to the government for economic stabilization and recovery.  We also knew there would be a critical need for food.  The National Food Distribution Committee has begun its work and has already distributed approximately $400,000 worth of food.  I also previously noted that we also had to protect national security, including preventing as much crime as possible and monitoring gang activity and certain criminal elements.  Read more >>
Posted by Anthony Derek Catalano at 5:17 AM