Loss Of A Legal Legend 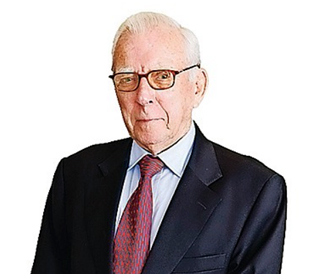 PETER Graham, a former parliamentarian and the founding partner of Graham Thompson.
By RASHAD ROLLE
Tribune Staff Reporter
rrolle@tribunemedia.net
PETER Graham, a former parliamentarian and the founding partner of Graham Thompson, died suddenly Wednesday night having planned to fly with friends on Thursday morning to his special island retreat - Hog Cay just off Long Island.
It is said that he started to have difficulty breathing just before his death. He was 92.
Mr Graham was remembered for his decency and impeccable reputation by Attorney General Carl Bethel, Official Opposition Leader Philip "Brave" Davis and the Bahamas Bar Association. He founded Graham Thompson, one of the largest firms in the country in 1950 and played a role in its growth for over 70 years.
Queen Elizabeth II appointed him Companion of the Most Distinguished Order of St Michael and St George (CMG) in 1997. The honour is bestowed upon persons who have rendered important services to the commonwealth of nations.  Read more >>
Posted by Anthony Derek Catalano at 9:37 AM