Labour Day Observed in the Bahamas 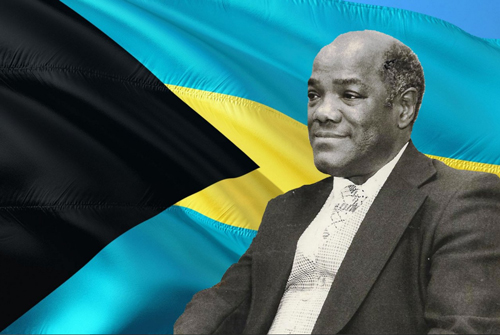 Sir Randol Fawkes - Father of the Labour Day Movement in The Bahamas (image)
The Bahamas is primarily known for being a popular tourist destination for foreigners around the world. What isn’t generally known is the effort that the native people had to go through to gain fair treatment during a time when tourism was just beginning. Grand efforts were made by natives to gain equal rights, and that included rights to a fair wage, equal opportunity for jobs, and the right to form unions. This culminated in the first Labour Day in 1962.
History of Labour Day in the Bahamas
During the 1930s, tensions grew in the Bahamas as native workers began organizing and protesting against the Bay Street Boys, a group of prominent, white merchants and politicians. In 1936, both the Bahamian Labour Union was formed and the Labour Minimum Wage Act was created. However, this did little to stem the growing number of discontent citizens.
In early 1942, the United States worked with Britain to establish a new airbase at Nassau’s Oakes Field on the island of New Providence. Work was to be performed by the American group Pleasantville Incorporated. At a time when quality work was difficult to find, many workers came to Nassau with high hopes of gaining lucrative construction jobs.
However, both the US and Britain had privately agreed on setting a rate of four shillings a day for unskilled labor, failing to consult either the Bahamian Labour Union or the newly-formed Bahamas Federation of Labour. Amidst news that white American employees were making more for the same type of work and Pleasantville Incorporated was prevented by Bahamas law offering more, laborers already on the job took matters into their own hands.
What is now known as the Burma Road Riot took place on June 1 and 2, 1942. Nearly 1,500 laborers marched with machete and club in hand to the southern district of Nassau. While at first the protest was peaceful, it quickly devolved into looting and rioting. British forces were brought in to control the riots. The crowds attempted to move into Bay Street, but were prevented.
The Duke of Windsor, away on business in the United States, rushed back to Nassau to address the riot. Sympathetic to the plight of the laborers, the Duke pushed for peace and worked with representatives of all parties to come to an agreement. Laborers were given a shilling more a day and a free meal.
Despite the changes, progress was slow. Events like the Taxicab Drivers Union’s blockade on November 2, 1957, and their general strike on January 11, 1958 were needed to further spread awareness of inequalities in the system. The events involving the Taxicab Drivers Union in ’57 and ’58 in conjunction with the Burma Road Riot and the efforts of thousands of men including Sir Randol Fawkes, Sir Clifford Darling, and Milo Butler primed the Bahamas to receive its official Labour Day on May 2, 1960 and celebrate it for the first time on June 1, 1962.
The Bahamas’ Labour Day Traditions, Customs and Activities
The people of the Bahamas take time reflect on the efforts made by thousands of people in the 20th century to help bring equality and better labor standards to the country. Presentations of history regarding the Burma Road Riot and recognition of the efforts of men like Sir Randol Fawkes are made throughout the country.  (source)
Posted by Anthony Derek Catalano at 5:43 AM