How Lenny Kravitz Is Helping Bahamians in Need 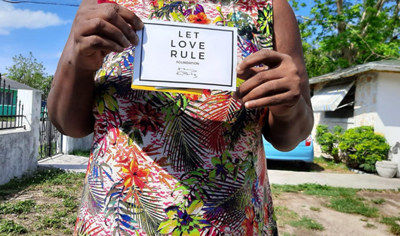 One of the recipients of Kravitz's food voucher donations.
By Caribbean Journal Staff
Rock legend Lenny Kravitz has donated $100,000 worth of food vouchers to Bahamians in need as part of his Let Love Rule Foundation.
It’s the latest way Kravitz, who has Bahamian heritage, has deepened his ties with the country.
The donation began with $50,000 in food vouchers for those in need in New Providence and Grand Bahama, particularly the most vulnerable populations: the elderly, persons from the community of persons with disabilities and persons with chronic, non-communicable illnesses.
The second donation of $50,000 was to be distributed between those in need in New Providence and Kravitz’s “beloved” Eleuthera.  Read more >>
Posted by Anthony Derek Catalano at 6:41 AM