Bill And Melinda Gates Have Sharp Words For U.S.’ Lack Of Leadership Role In Fighting Pandemic 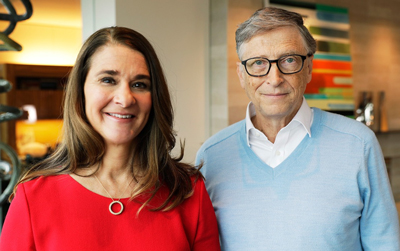 Speaking at the Forbes 400 Summit on Philanthropy, the couple discuss plans to make sure that Covid-19 treatments and vaccines don’t just go to the highest bidding nations but are distributed equitably.
By Jennifer Wang, Forbes
As the coronavirus pandemic continues to ravage the globe, Bill and Melinda Gates have been on the forefront of coordinating the search for effective prevention and treatment of the disease. The couple, who has spent years fighting against infectious diseases like polio, is critical of the U.S. response to Covid-19 — its testing and contact tracing efforts lag behind countries like Germany. “Usually the United States plays a role in global problem-solving, so rather than withdrawing from WHO, they’d be involved, collaborating with other countries, not just trying to cast blame. It’s a tricky situation, where the U.S. sort of turned inward on this one,” Bill Gates said at the ninth annual and first virtual Forbes 400 Summit on Philanthropy last Thursday.
“We’re trying to stitch different country efforts together. The European leaders are trying to fill that vacuum,” the Microsoft cofounder told the 200-plus philanthropists gathered online for his talk. “[U.S. inaction] erodes the kind of relationship and admiration and self confidence that people have had in us as a country,” added Gates, who brought up the WHO’s key role in the fight against smallpox and polio. Gates said that “rationality will reappear from someone at some point,” and hoped that the U.S. will work with other countries and step up the way it did with smallpox, malaria, polio and HIV.  Read more >>
Posted by Anthony Derek Catalano at 5:38 AM