A new Ebola outbreak is sweeping Congo despite coronavirus lockdown 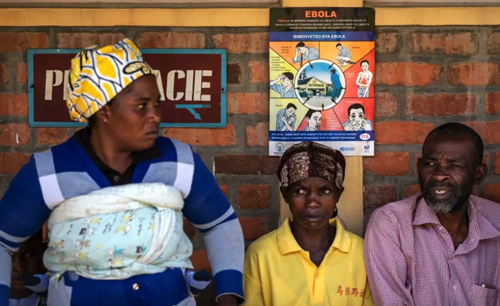 By Chris Smith
As if 2020 wasn’t already terrible enough, there’s even more bad news coming out of Congo. The African country is already being ravaged by a measles outbreak and is battling the novel coronavirus like every other nation in the region. On top of that, Congo now has to deal with a brand new Ebola outbreak that somehow appeared despite the lockdown measures that are currently in place in the country to slow the spread of COVID-19. Congo is no stranger to this particular infectious disease that’s scarier and deadlier than the novel coronavirus, as it has been fighting off an epidemic for years. What’s peculiar this time around is that new cases appeared in a different region of the country despite lockdowns and travel bans.
Ebola spreads from person to person but also from contact with animals, and nearly half of people who become infected die from the disease. Symptoms including fever, bleeding, weakness, and abdominal pain are often reported. A vaccine for Ebola already exists and the FDA approved a new one this past December. But it’s way too early to talk about eradicating the disease in Africa, which is usually where outbreaks occur.
Five people have already died in Mbandaka, The New York Times reports. That’s a city with a population of 1.2 million people in western Congo, roughly 750 miles away from the current Ebola outbreak in the country. The region is safer and more stable than the eastern part of Congo, where frequent violence forces people to flee from their homes. This has been a factor that hindered the fight against the Ebola epidemic in the region.  Read more >>
Posted by Anthony Derek Catalano at 4:21 AM