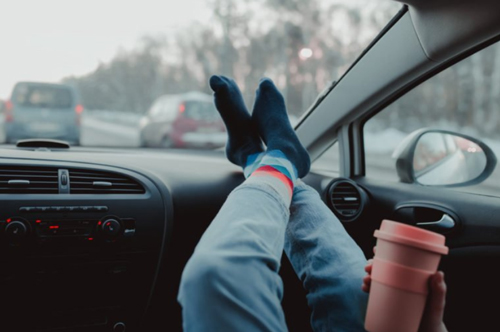 You're probably guilty of at least one of these. Ivan Kurmyshov/Shutterstock
By Emily DiNuzzo
Putting your feet on the dashboard
Whether you're in the passenger seat or driving your car, your feet should stay off the dashboard. In a 2017 NerdWallet report, three percent of American drivers admit to putting their feet on the dashboard or out the window while driving with cruise control. Although this is a relatively small percentage, there is no reason for keeping your feet up—even if you're sitting shotgun. In 2015, a Georgia couple was in a car accident where the passenger had her feet on the dashboard. She broke both of her legs in several places and urges people not to make the same mistake.  Read more >>
Posted by Anthony Derek Catalano at 8:23 AM