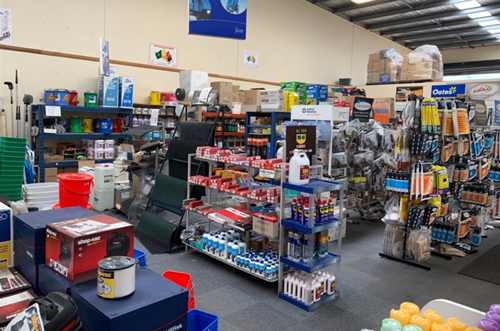 Supply shortages due to COVID-19’s impact on the US are hitting Bahamian hardware and building materials stores, several operators confirmed yesterday.

Flora Davis, general manager of Davis Plumbing and Hardware, told Tribune Business: “Business is going OK. It was much better than last year, because it’s only certain places open. But when we had the shutdown it was a little hectic. Nobody was making any money and we had to lay-off. But the two days that the Prime Minister gave us [to open] was okay, and now with the week where we can do curb side it is going well.

“But because a lot of our suppliers in the US aren’t open, what’s happening is we won’t be able to get the supplies in that we need and which we’re running out of. We sell plywood, sheet rock, joint compound and roofing supplies, but right now our suppliers aren’t able to sell us any more stuff.”  Read more >>
Posted by Anthony Derek Catalano at 8:08 AM