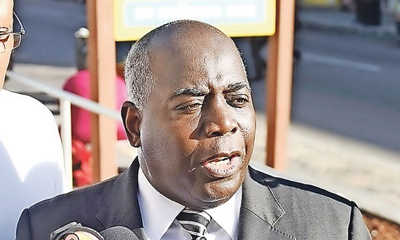 MEMBERS of the Progressive Liberal Party chastised Prime Minister Dr Hubert Minnis for not allowing Exuma, Eleuthera and San Salvador to resume normal commercial activity like many other Family Islands without COVID-19 cases.

Singling out Eleuthera in particular yesterday, Dr Minnis reprimanded some residents there who took part in a recent motorcade.

In response, PLP leader Philip “Brave” Davis accused Dr Minnis of attacking “a small group of young people in South Eleuthera who drove in a motorcade in memory of their fallen friend.”

He also claimed that an FNM general and other representatives attended a funeral at a church in Eleuthera “with dozens of mourners reportedly without the necessary social distancing,” and questioned why Dr Minnis did not reference this. Mr Davis said the data is clear adding “there are no COVID-19 cases on Eleuthera, and none on Exuma or San Salvador with none suspected, and yet normal business cannot return. In contrast, close contact industries like construction are allowed to reopen. What is the scientific evidence that has driven him to that conclusion?”  Read more >>
Posted by Anthony Derek Catalano at 4:54 PM