"Bet you stay home now you hypokrits" was written in parking lot at church that had sued the city over its public health orders. 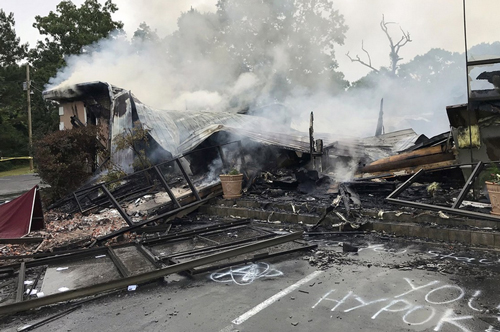 Mississippi Gov. Tate Reeves said he's "heartbroken and furious" after a fire this week at a church that has challenged coronavirus restrictions. The fire is being investigated as arson.

The church was "burned to the ground" and had been trying to open services, Reeves tweeted Thursday.

First Pentecostal filed a lawsuit last month against the city over its public health order on in-person worship services, the station reported.  Read more >>
Posted by Anthony Derek Catalano at 5:19 AM