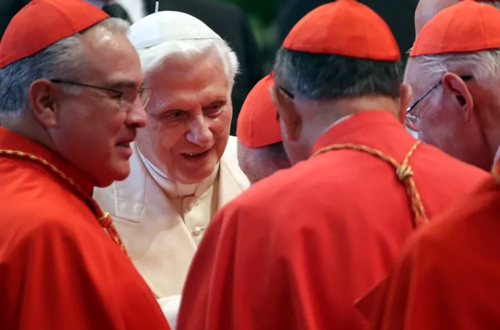 Published in the pages of his new biography, former Pope Benedict XVI, also known as Joseph Aloisius Ratzinger, fanned the flames of his controversial stance against the LGBTQ community by referring to gay marriage as an opposition to the church, spreading the influence of the Antichrist.  Read more >>
Posted by Anthony Derek Catalano at 7:37 AM