Films Are Bypassing Movie Theaters: What Does It Mean for Media Stocks? 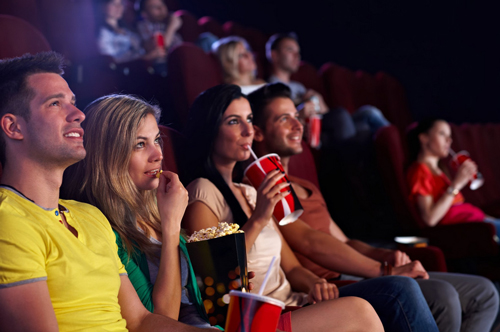 Comcast, Disney, and others have given some clues about their plans and relationship with theaters. Image source: Getty Images.

COVID-19 has exposed some serious cracks in the movie theater industry. Besides being closed down to help combat the spread of the virus, doubt is mounting regarding just how many movie-goers will return to silver screens once they do reopen. Lingering fear of the outbreak may leave a lasting impact on consumer behavior, hastening a long-term trend of declining ticket sales theater operators have thus far offset with higher ticket prices.

The pressure may be mounting from another front: movie studios themselves. Faced with their own worry over the coronavirus and presented with a new possible profit center in video streaming, all three major studio parents -- AT&T (NYSE:T), Comcast (NASDAQ:CMCSA), and Walt Disney (NYSE:DIS) -- indicated that they are ready to start testing the direct-to-consumer waters, bypassing theaters with some of their feature films.

That's bad news for struggling theaters like AMC Entertainment (NYSE:AMC), which is burdened with debt and faces an uncertain revenue stream once theaters reopen. It's a symbiotic relationship between theaters and studios, but the balance of power is shifting to content producers and away from the box office.  Read more >>
Posted by Anthony Derek Catalano at 3:45 PM