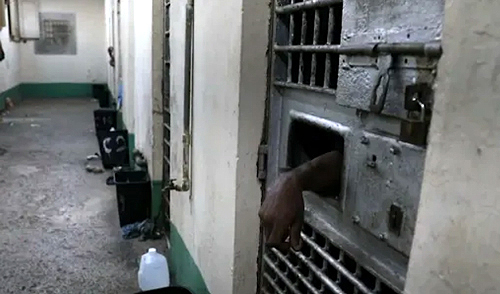 NASSAU, BAHAMAS — Health officials have begun testing inmates at the Department of Correctional Services, according to health consultant in the Office of the Prime Minister Dr Merceline Dahl-Regis.

Dahl-Regis said an undisclosed number of inmates completed their sentences in May, and are ready to be discharged to their residences in the Family Islands.

She said to ensure those in question do not pose a risk to communities that have zero cases of the virus; a health team has been conducting testing on site.

Fifteen inmates were swabbed for testing at the prison yesterday.

Among those tested, were several inmates earmarked to be transferred to the detention center.

There have been no infections reported at the prison on Fox Hill Road.

However, the facility that houses a reported 2,000 inmates is largely considered a vulnerable site for the novel coronavirus (COVID-19).

It has 800 prison officers, according to Dahl-Regis.

According to Dahl-Regis, strict preventative measures are in place with social distancing between officers and inmates at the facility.  Read more >>
Posted by Anthony Derek Catalano at 7:10 AM