Coronavirus particles spread by talking can remain in the air for up to 14 minutes, NIH researchers find 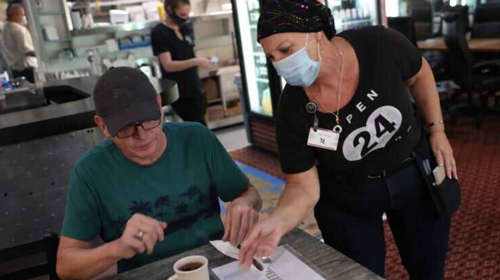 A recent study by researchers at the National Institutes of Health has found that particles of the coronavirus released by talking can remain in the air for 8 to 14 minutes, a warning sign that airborne transmission may be even more widespread than previously thought.

While it’s been long accepted that coughing and sneezing can transmit respiratory viruses through droplets, it’s less known that just regular talking produces thousands of oral fluid droplets, the scientists behind the study said.

“There is a substantial probability that normal speaking causes airborne virus transmission in confined environments,” the research, published in last week’s edition of the peer-reviewed Proceedings of the National Academy of Sciences, concluded.  Read more >>
Posted by Anthony Derek Catalano at 3:27 PM