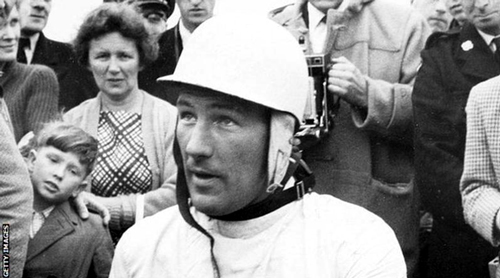 He is widely regarded as one of the greatest Formula 1 drivers of all time, even though he did not win the World Championship.

Moss retired from public life in January 2018 because of ongoing health problems.

"It was one lap too many, he just closed his eyes," said his wife Lady Moss.  Read more >>
Posted by Anthony Derek Catalano at 6:31 AM