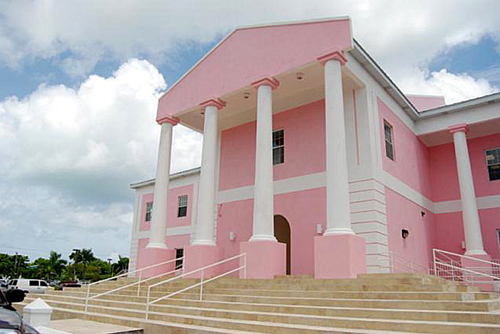 SEVERAL people were ordered to pay a $500 fine or face three months in prison after they pleaded guilty to violating the national curfew or the weekend lockdown recently implemented by Prime Minister Dr Hubert Minnis.

Tyrone Haven, 39, appeared before Magistrate Andrew Forbes charged with violating the lockdown after police found him near Cordeaux Avenue around 11.16pm on Saturday.

During the arraignment, he told the judge his father was diagnosed with colon cancer a few months ago and had to take pills. He insisted that he had only left his house to get food from a friend who lived “on the other street” so that his father could take his medication.

In response, the judge told him he should have called the COVID-19 hotline to let officials know he was having a medical emergency. When the defendant indicated that he was unaware of the hotline, Magistrate Forbes told him he had a responsibility to pay attention to what is going on in the country. He was ordered to pay a $500 fine or face three months in prison.  Read more >>
Posted by Anthony Derek Catalano at 6:45 AM