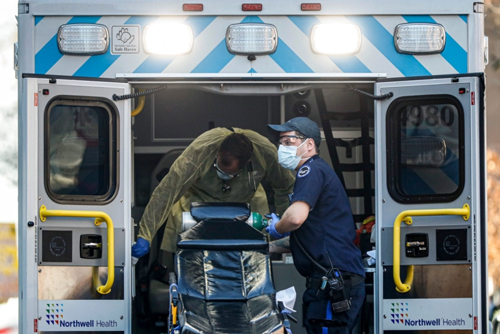 Called ivermectin, the drug is hopefully something you’ll never have to deal with unless it can hasten COVID-19 recovery. That’s because the medicine was developed in the mid-1970s to fight parasites. Think head lice, scabies, and other diseases caused by roundworms and whipworms. The drug also works in onchocerciasis, or river blindness, where those affected experience severe itching, bumps under the skin as well as blindness. Taken once every six to 12 months, ivermectin can also kill larvae and adult worms. It’s also been used in HIV, dengue fever, and Zika treatments, As reports. That’s probably why researches have tried it against the SARS-CoV-2 virus as well.  Read more >>
Posted by Anthony Derek Catalano at 1:17 PM