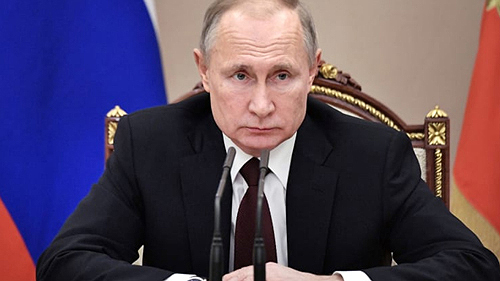 Russian President Vladimir Putin and his administration are using the coronavirus crisis to spread conspiracy theories in a bid to “subvert the West” and create a new world order, a new report has alleged.

In an article published Wednesday by The University of Calgary’s School of Public Policy, it’s claimed Russia has been “churning out propaganda that blames the West for creating the virus.” The report’s author, Sergey Sukhankin, said the state was propagating disinformation and conspiracy theories via social media accounts, fake news outlets, state-controlled media, pseudo-scientists and Russians living in the West. The Kremlin has previously denied such claims.

“Putin’s larger goal in spreading propaganda and conspiracy theories is to subvert the West,” Sukhankin said.  Read more >>
Posted by Anthony Derek Catalano at 10:33 AM