The title 'Vicar of Jesus Christ' stems from Holy Scripture where Jesus grants St. Peter the power of the keys in the Church 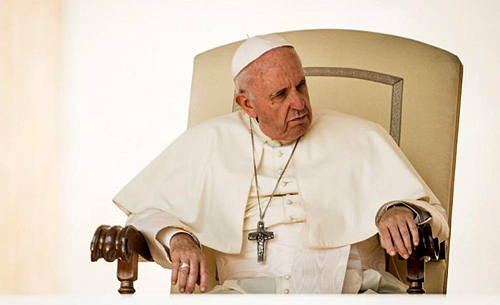 In a surprise move, Pope Francis has dropped the historic and essential title “Vicar of Christ” from the 2020 Pontifical Yearbook, the Holy See’s annual directory, relegating the title to a footnote, calling it a “historical title.”

While previous yearbooks listed the title “Vicar of Christ” and the name of the reigning Pope under that title, this year’s annual directory simply lists the name “Jorge Mario Bergoglio,” the name of the man who became Pope Francis in 2013.

Cardinal Gerhard Müller, former prefect of the Congregation for the Doctrine of the Faith, called the change “theological barbarism.”  Read more >>
Posted by Anthony Derek Catalano at 7:03 AM