Most cases of coronavirus in children are mild but severe cases have been reported, CDC says 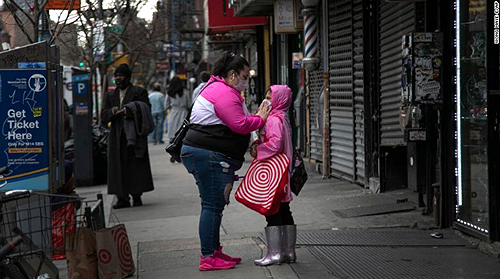 While children typically suffer mild cases of coronavirus, some severe pediatric cases have been reported.

(CNN)Children diagnosed with coronavirus in the United States typically have mild cases, the Centers for Disease Controls and Prevention said in a report released Monday.

However, some severe cases in children are being reported and three children have died, the analysis said.

Cases in children make up less than 2% of reported cases in the US, according to the research published in the CDC's Morbidity and Mortality Weekly Report.
The report analyzed 149,760 laboratory-confirmed Covid-19 cases in the US occurring between February 12 and April 2.