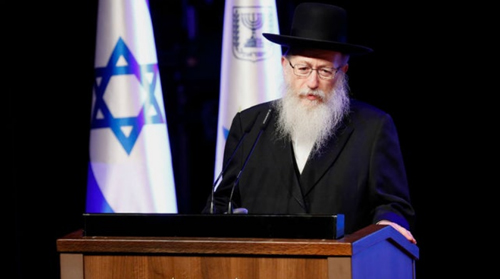 Israeli Health Minister Yaakov Litzman and his wife are in isolation after testing positive for the coronavirus, Israel’s health ministry confirmed Thursday.

The ministry said both Litzman and his wife feel well and are being treated, and that Prime Minister Benjamin Netanyahu, who had recently self-isolated after an aide tested positive, has also returned to self-isolation due to recent contact with the health minister, The Associated Press reported.

The head of Mossad and several members of Litzman’s staff have also entered quarantine, as well as the head of the nation’s National Security Council, according to the AP.  Read more >>
Posted by Anthony Derek Catalano at 4:14 AM