Charlotte Figi, Who Helped Popularize CBD for Medical Use, Dies at 13

Her mother said the cause was likely complications related to the coronavirus. 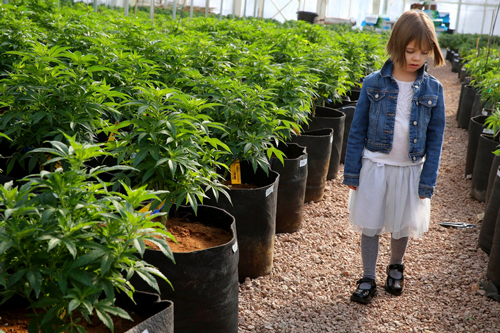 Charlotte Figi in 2014. Charlotte, who had epilepsy, became the face of the medicinal CBD movement. Credit...Brennan Linsley/Associated Press

Charlotte Figi, whose use of cannabidiol, or CBD, to treat her epilepsy helped popularize its medicinal use, died on Tuesday. She was 13.

Her death was confirmed by her parents, Paige and Steven Figi, who said the cause was most likely complications related to Covid-19, the disease caused by the new coronavirus.

Charlotte became the face of the medicinal CBD movement when she was 5 years old, after it appeared that taking CBD eased the symptoms of her epilepsy.

She had her first seizure when she was 3 months old. Soon after, her parents were told that she had Dravet syndrome, a rare form of epilepsy that starts in infancy.  Read more >>
Posted by Anthony Derek Catalano at 8:36 AM