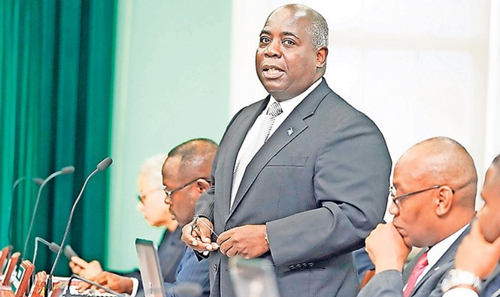 PROGRESSIVE Liberal Party Leader Philip “Brave” Davis has said he is concerned about the management of the Royal Bahamas Police Force in light of the recent events including promotions of three Chief Superintendents to Assistant Commissioners.

According to Mr Davis there was evidence that several senior police officers had been previously sidestepped by the political directorate without a plausible reason.

In a press statement, Mr Davis said he also has issues with recent events surrounding businessman Jonathan Ash who was allowed to run into the Nassau Street Court complex on Monday to face charges for breaching the national curfew and COVID-19 emergency orders. Ash was not handcuffed nor shackled for his court appearance where he was fined $7,000 for the offence after pleading guilty.

“Let me be clear that the PLP supports a politically neutral force - one that acts without fear or favour,” Mr Davis said. “This does not mean that individual officers may not have their personal preferences but these preferences must never interfere with the execution of their duties and in the application of Force Orders in a non discriminatory manner toward the public. I use discriminatory to mean treating one class or group or individual differently from another class or group or individual because of their parochial, political, familiar or other ties with the force or the government.  Read more >>
Posted by Anthony Derek Catalano at 5:47 AM