Bill Gates: ‘I wish I could say that we’re halfway through’ coronavirus pandemic 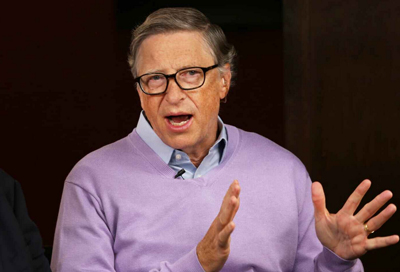 Billionaire Bill Gates continues to be one of the most outspoken public figures on the subject of coronavirus, which the Microsoft co-founder has dubbed “the first modern pandemic.”

Gates has also made it clear that he sees the pandemic as a “nightmare” and an era-defining event whose effects will linger for years. “It’s going to be awhile before things go back to normal,” Gates said in a new interview on Friday with NBC’s Savannah Guthrie on the “TODAY” show.

“I wish I could say that we’re halfway through. But I don’t think so,” Gates added.

That’s because the billionaire believes the United States is still several months, if not years, away from large-scale production of a coronavirus vaccine. Still, he is hopeful that a vaccine will arrive sooner, rather than later.  Read more >>
Posted by Anthony Derek Catalano at 7:15 AM