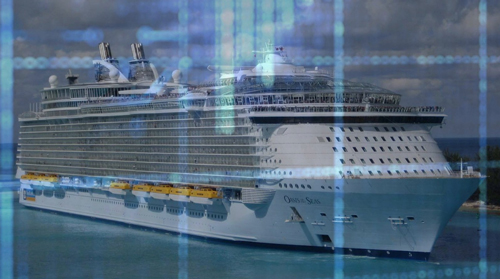 Fourteen crew members aboard Royal Caribbean’s Oasis of the Seas have tested positive for COVID-19, said the captain of the ship. The Oasis had unloaded crew at PortMiami. BY OBTAINED BY THE MIAMI HERALD

By BY ALEX HARRIS AND JACQUELINE CHARLES

A new U.S. Coast Guard memo asks the dozens of cruise ships hovering just off Florida’s coast to first ask the countries where their vessels are flagged for help with critically ill passengers and crew, before straining U.S. medical resources.

But the Bahamas, where many of those ships are flagged, said it can’t take sick people either.

In response to the March 29 memo, the Bahamas Maritime Authority said in a statement that the nation cannot take anyone ashore.  Read more >>
Posted by Anthony Derek Catalano at 6:41 AM