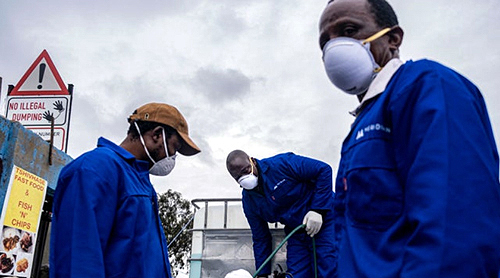 Confirmed cases of the novel coronavirus in African nations have spiked 43 percent after the continent was largely spared from the initial wave of the virus that spread across Europe and Asia.

John Nkengasong, director of the Africa Centers for Disease Control and Prevention, warned Thursday that the continent is “very, very limited” and “very, very strained” in its testing capacity, The Associated Press reported.

Nkengasong warned that the surge in infections was likely higher than official statistics due to the lack of testing. His comments came after a World Health Organization (WHO) report warned the continent could reach 10 million cases in six months.  Read more >>
Posted by Anthony Derek Catalano at 6:29 AM