Up to 150 million Americans are expected to contract the coronavirus, congressional doctor says 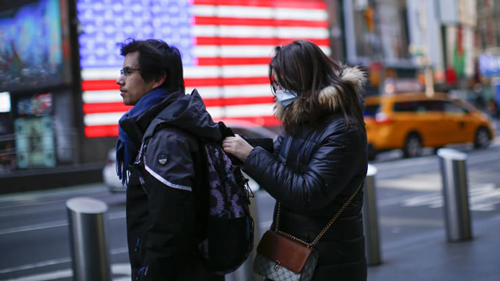 A woman visits Times Square as she wears a face mask on March 8, 2020 in New York City.Kena Betancur | Getty Images

Monahan made the comments to Senate staff during a closed-door meeting Tuesday afternoon, according to NBC News. The meeting did not include senators and was for administrative office staff and personnel from both parties, NBC News reported.  Read more >>
Posted by Anthony Derek Catalano at 3:53 AM