Turnquest: Recovery To Be Slow And Anaemic 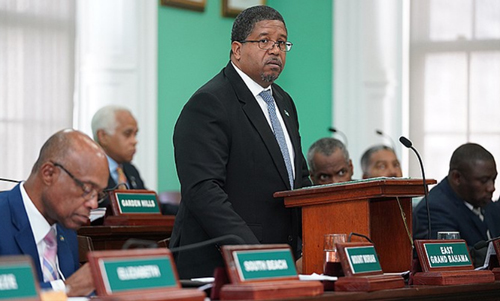 The Government has not used all the economic stimulus tools available to it, the deputy prime minister revealed last night, having kept some in reserve in case the COVID-19 pandemic is "prolonged".

K Peter Turnquest, in a messaged reply to Tribune Business inquiries, warned that the Government will have to make "additional interventions to jumpstart the economy" once major tourist markets such as the US, Canada and Europe stabilise and the outbreak is brought under control.

He also urged Bahamians to brace for the fact that economic recovery will likely be "slow and anemic", rather than an immediate bounce back, with the "tail end" of the pandemic taking a long time to ease.

Confirming that the Government has additional stimulus ammunition in its arsenal, besides the International Monetary Fund's (IMF) $200m Rapid Credit Facility, that it has yet to fire, Mr Turnquest declined to detail what is available to it.  Read more >>
Posted by Anthony Derek Catalano at 7:56 AM