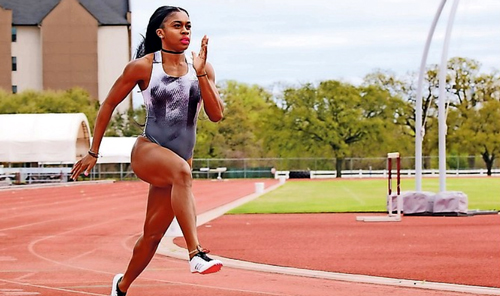 TYNIA Gaither, one of the leading ladies in the Bahamian short sprints, was hoping that the 2020 Olympic Games would have still taken place in Tokyo, Japan, in July. But she’s thrilled to know that it’s just being postponed until 2021 and not cancelled.

This would have been Gaither’s second appearance at the greatest four-yearly multiple games, but the International Olympic Committee and the Japan Organising Committee jointly agreed yesterday to postpone the games due to the spread of the coronavirus pandemic.

“This is scary, but I’m still in shock about everything that is happening because everything is happening so fast,” said Gaither of the virus that now has her confined to home in Houston, Texas, as of Tuesday night. “I know decisions have to be made that is in the best interest of everybody.”

Like some of the athletes, the biggest decision that Gaither had to endure is the announcement that the 2020 Olympics have been postponed to the summer of 2021.  Read more >>
Posted by Anthony Derek Catalano at 5:45 AM