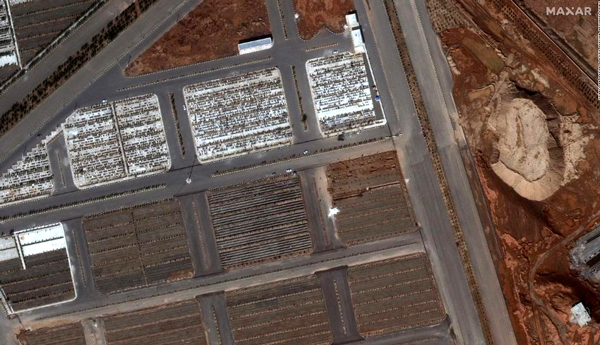 Satellite images from Maxar Technologies show the addition of new burial plots at a cemetery in Qom, Iran, early in March.

(CNN)Iran has been rapidly expanding a major cemetery in Qom, the area worst hit by the country's novel coronavirus outbreak, satellite images obtained by CNN reveal.
The country has reported at least 10,075 confirmed coronavirus cases and 429 deaths, the third-highest number of cases after mainland China and Italy.

The satellite images from March 1 and March 8, put out by Maxar Technologies, appear to show an increase in activity inside the Behesht-e Masoumeh cemetery in Qom. The images show what looks like two fresh trenches of graves on March 1, with more excavation after that.  Read more >>
Posted by Anthony Derek Catalano at 4:39 AM