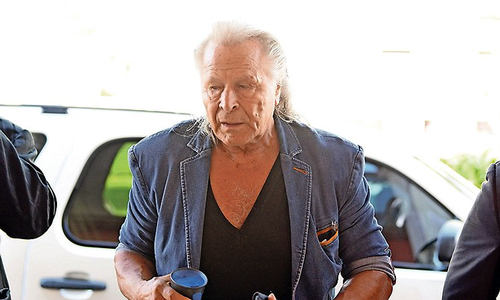 Peter Nygard’s global fashion empire has been plunged into financial crisis after court-appointed receivers this week took over its affairs following recent sex trafficking allegations against the tycoon.

The claims against the Lyford Cay resident, which he has vehemently denied, were cited by the Nygard Group’s lenders as a key factor behind their decision to successfully petition the courts for the appointment of a receiver over business interests has has spent decades building.

Two US-based financiers, White Oak Commercial Finance and Second Avenue Capital Partners, are alleging in court papers that Mr Nygard’s fashion empire breached the conditions of a $40m loan agreement by failing to promptly disclose the lawsuit where ten girls made allegations of rape and sexual assault against him.  Read more >>
Posted by Anthony Derek Catalano at 7:19 AM