On the Trail of James Bond in the Caribbean, From Jamaica to Nassau 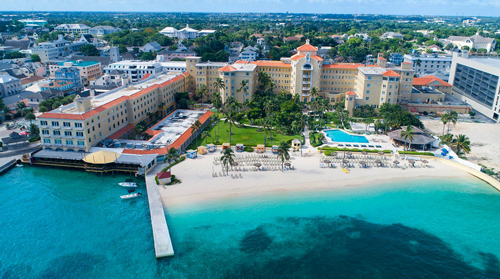 Ever since Ursula Andress took her sensuous stroll out of the surf at Dunn’s River Falls in 1962’s Dr. No, there’s been a love affair between the James Bond movies and the Caribbean.

And the sultry relationship continues right through the latest in the 25-film franchise, 2020’s No Time to Die, which like the original takes place party in Jamaica. (It’s slated for a premiere in November).

The pairing of a sleek British agent with a “license to kill,” and the laid-back tropics may seem incongruous at first glance. But Ian Fleming, the former intelligence officer who penned 14 James Bond books, had a home in Jamaica, and often featured the islands in his books, which inevitably made their way into the film adaptations, as well.

007 has a broad reach in the Caribbean — and you can travel to all of these destinations just by watching a Bond film right now.  Read more >>
Posted by Anthony Derek Catalano at 6:43 AM