No alcohol, no dog walks: Lockdown life in South Africa 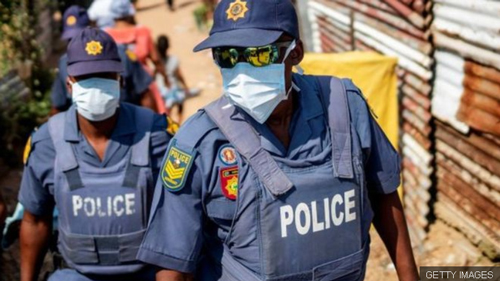 "The night Cyril Ramaphosa became a wartime president" is how a leading columnist for South Africa's News24 website described the South African leader's decision to impose a nationwide lockdown to defeat coronavirus.

The three-week lockdown, which started just after midnight, is unprecedented.

It is the first time since South Africa became a democracy in 1994 that a president had stripped away the most basic freedoms of citizens - to walk, to shop, to socialise and to congregate for prayer without hindrance.

"The law is that you stay at home. The exception is for survival: food [and] health, with security forces making sure that the law is enforced," government minister, Nkosazana Dlamini-Zuma, said.  Read more >>
Posted by Anthony Derek Catalano at 4:31 AM