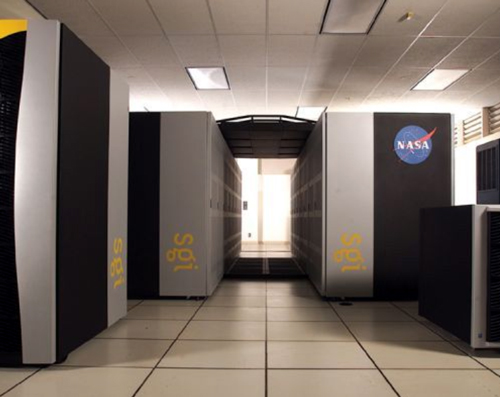 As the U.S. scrambles to respond to the spreading COVID-19 pandemic, NASA supercomputers are joining the effort to look for potential treatment and vaccine candidates.

A new initiative brings together NASA and the National Science Foundation as well as a host of Department of Energy laboratories, companies and academic institutions. The White House announced the effort, meant to divert spare computing resources to research aimed at slowing the pandemic, today (March 23).

"I'm proud that @NASA is lending our supercomputing expertise to assist in the global fight against COVID-19," NASA Administrator Jim Bridenstine said in a statement on Twitter. "For more than six decades the agency has used its expertise to take on challenges that have benefited people worldwide in unexpected ways."  Read more >>
Posted by Anthony Derek Catalano at 12:34 PM