In Madrid, 80% of people expected to get Covid-19, official says 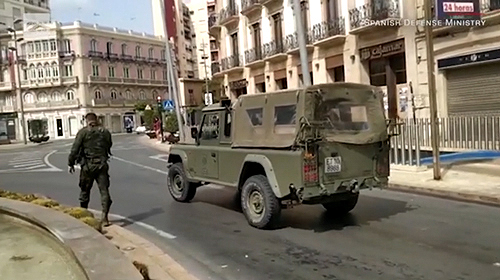 London (CNN)Eight out of ten people in the Spanish capital will get Covid-19, according to the president of the Region of Madrid, Isabel Díaz Ayuso.

"They will have mild symptoms," she said, but added that "it will be a problem" for the vulnerable population, which is around 15% of people.

"This virus has been in Spain for a longer time and is going to spread to practically everyone, and in most, it will not leave lasting marks. But the problem is the vulnerable population," said Díaz Asuyo in an interview on Spanish radio.

She called the disease "lethal" for elderly people with pre-existing conditions, and said that in 24 or 48 hours "it can end the life of a person who is in the vulnerable population group."  Read more >>
Posted by Anthony Derek Catalano at 5:35 AM