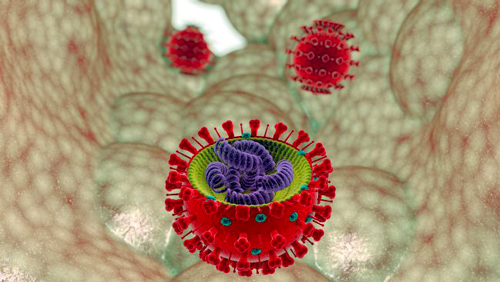 A drug used in Japan to treat influenza seems to be effective at treating the novel coronavirus that causes COVID-19, according to news reports.

"It has a high degree of safety and is clearly effective in treatment," Zhang said Tuesday (March 17), The Guardian reported.

Patients in Shenzhen who had tested positive for COVID-19 and who were given the drug got a negative virus test back four days later, as a median (half showed a negative test earlier and half later than four days). That was compared with a negative test about 11 days later, as a median, for patients not on the drug, according to news reports. In that same trial, lung conditions (as shown in X-rays) improved in about 91% of patients taking Favipiravir, compared with just 62% who weren't taking the antiviral drug.

In the Wuhan trial, the drug also seemed to shorten the duration of a patient's fever from an average of 4.2 days to 2.5 days, according to Pharmaceutical Technology.  Read more >>
Posted by Anthony Derek Catalano at 4:44 PM