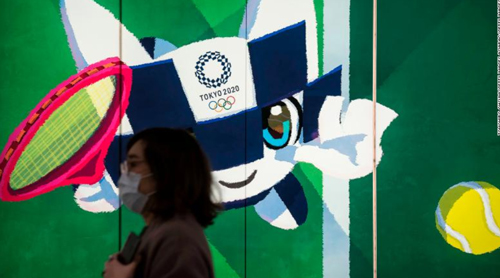 (CNN)Dissent is growing among leading athletes as they voice concerns about preparing for the Olympics amid the novel coronavirus outbreak after organizers encouraged them to continue preparation as planned.

The International Olympic Committee (IOC) said Tuesday that no "drastic decisions" will be made about the Games, which get underway in Tokyo in July, and that measures are being taken to guarantee the "safety and interests of athletes, coaches and support teams."

But athletes believe they have been forced into an impossible position given the virus, which has infected more that 198,000 people worldwide and killed at least 7,900.  Read more >>
Posted by Anthony Derek Catalano at 7:00 AM