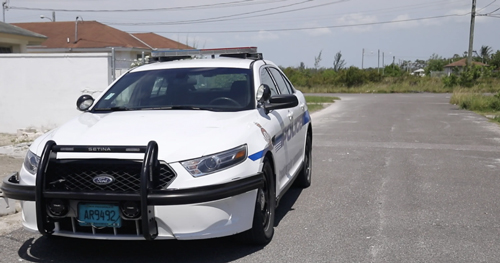 NASSAU, BAHAMAS — On the first night of the mandatory nationwide curfew, police arrested a man in his 30s following a high-speed chase from East Street to Market Street as he sought to evade officers who were out in droves across the island during the curfew period.

The man was spotted on East Street in a white Nissan during the curfew period, a violation of the newly implemented emergency orders, which were activated Friday.

Another man riding a bicycle off East Street was stopped and searched.

When police officers asked him why he had not complied with the curfew, the man, who identified himself as Derick Dolce said he had not seen his daughter in six months and was going to visit.

He begged officers to allow him to return home, insisting he would obey the order.

The officers obliged with a warning.

Checkpoints and barricades were present at numerous intersections stretching from Carmichael Road to Baillou Hill Road, Robinson Road, the Independence Highway, East Street, Thompson Boulevard; among many others.

In each instance, vehicles that approached were stopped, and the occupants were required to show officers their identification.

The empty streets, with the exception of patrolling officers and closed businesses were a stark contrast to the typical Friday night in New Providence.

Minutes before 9 pm, Commissioner of Police Anthony Ferguson said police and defence force officers were strategically placed around New Providence and in the Family Islands to enforce the curfew and ensure compliance.  Read more >>
Posted by Anthony Derek Catalano at 8:44 AM