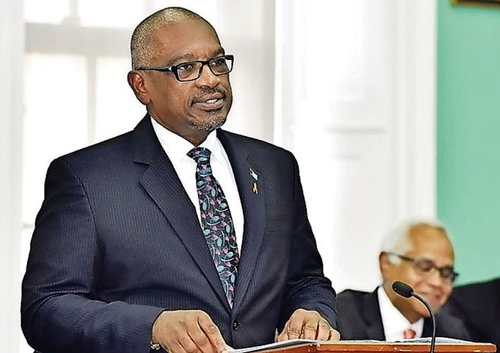 Prime Minister Dr Hubert Minnis has announced a 24-hour curfew, with essential travel only, to come into force at 9am Tuesday (tomorrow) and expire on March 31 at 9am. Last week’s order still remains in effect. Full details can be found at opmbahamas.com.

The Prime Minister's speech in full:

“My Fellow Bahamians and Residents:

The COVID-19 virus and threat that the world and The Bahamas are facing is a matter of life and death.

While most people who contract the virus will recover, many have died and many more will die around the world.

More than fifteen thousand people have died around the world so far.

What is frightening is that we do not know how many people will suffer from the virus and how many will die.

This virus is so serious and so potentially dangerous for some, that people are dying in large numbers in the richest, the most powerful and the more developed countries in the world.

In the worst hit places they announce hundreds of deaths per day – with the highest toll so far being near 800 dead in one day in a country in Europe.

Those countries have more resources than The Bahamas.

Yet, they are having the greatest difficulty fighting this virus.

We cannot afford to let this deadly and dangerous virus spread widely in our country. If we do we will have many deaths.

But let me tell you what we do possess as a country, what we are doing and what we must do, together!

We have tried to act earlier and more decisively than a number of other countries.

But, we should have no false sense of security.  Read more >>
Posted by Anthony Derek Catalano at 4:58 PM