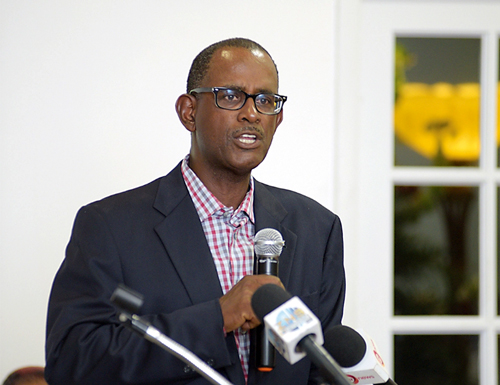 Despite the ongoing threat of the coronavirus (COVID-19), Bahamasair Chairman Tommy Turnquest said the airline will continue to fly into the United States until “every Bahamian who should be home, is home”.

Turnquest admitted there has been a slowdown in bookings, with the airline managing a load factor of less than 30 travelers on outbound flights to Miami and Fort Lauderdale yesterday.

“I don’t want to give you the booking numbers because there’s been a variance on the booking numbers on both sides. We’re finding that persons are just coming to the airport and saying ‘I’d like to go home’ and we accommodate them. And so, while we may book a small number, sometimes we have a larger number,” he told reporters during a press conference at the Bahamasair hangar at Lynden Pindling International Airport yesterday.

“To give you an example, yesterday out of Fort Lauderdale, we brought back on the jet 110 passengers. With regards to Orlando, this morning we left shortly after 11 a.m. on a 737 and we had 43 passengers going into Orlando.

“We’re not sure the demographics on those flights, whether they’re Bahamians trying to get home. Because we’re noticing that the numbers coming here are higher than the numbers going out. So we believe that there are Bahamians around the world that are trying to get home. And while we’ll be governed by the Ministry of Health and the government, we are minded to continue until we bring all Bahamians that need to be home, home.”  Read more >>
Posted by Anthony Derek Catalano at 12:28 PM