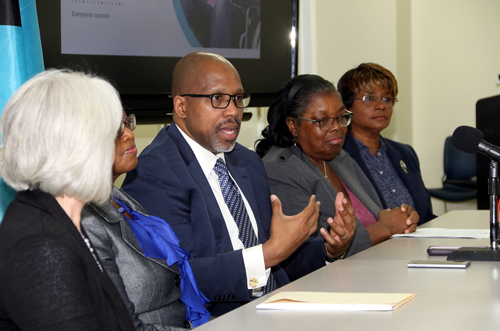 #NASSAU, The Bahamas – March 12, 2020 — The Department of Statistics has launched a pre-test in advance of its first digital census 2020.

Details of the pre-test, a mini-census, and the upcoming Census of Housing and Population were announced during a press briefing Tuesday, March 10, 2020.

“This year census workers will do all data collection using digital devices, which means the data will be directly uploaded, validated and processed in real-time by a robust software solution that was pioneered and co-financed by the World Bank, the Bill and Melinda Gates Foundation and the Food and Agriculture Organization of the United Nations,” said Leona Wilson, Acting Director.  Read more >>
Posted by Anthony Derek Catalano at 6:13 AM